What are the Krill Oil Benefits? Science-based [2022]

Krill oil is gaining popularity all over the world. The krill oil supplement is becoming the best and most effective alternative to fish oil. Krill oil is emerging as a potential alternative for Omega-3 supplements as well, because this oil is rich in a long chain of Omega-3 fatty acids. In this article, we will discuss the krill oil benefits for humans. The main aim of this article is to find out the potential health benefits of krill oil.

Benefits of Krill Oil – An Overview 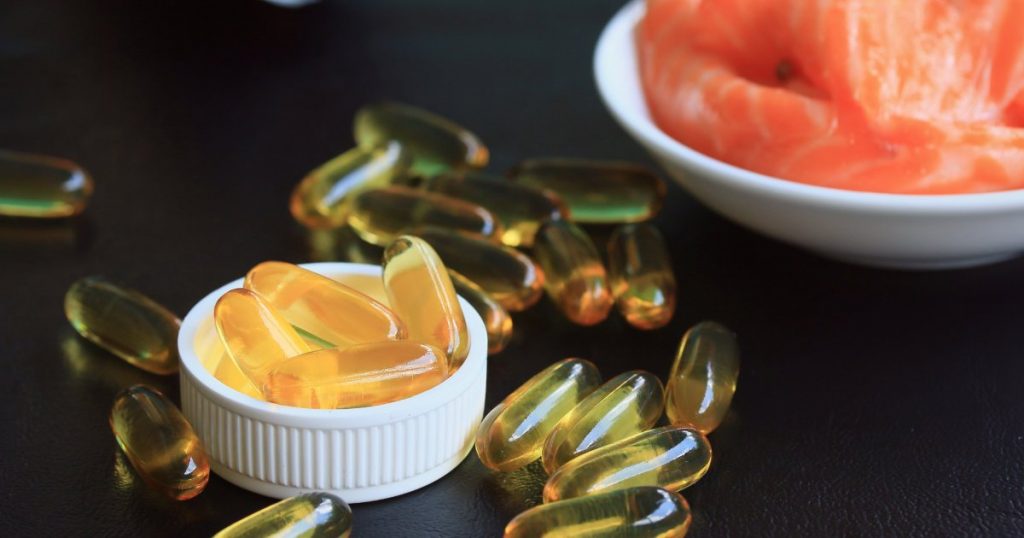 Krill is a small crustacean, shrimp-like marine creature. It also resembles a fish. They are found in cold water. It is eaten by numerous sea feeders and animals such as penguins, squid, small and big fish, seals, etc. Krill is mainly found in Antarctica, Canada, and Japan.

The commercial uses of krill include krill oil supplements. It is harvested to make krill oil capsules and to feed home aquariums.

The majority of the krill oil manufacturing companies produce krill oil supplements from the Antarctic krill. Researchers found that krill oil is very beneficial for overall health. It supports various bodily functions. It is believed that krill oil capsules work best when taken with food. Although it is not a complete treatment for any disease, it can be taken as a part of a diet to improve pre-existing conditions.

What is in Krill Oil?

Krill oil is absorbed easily by the body cells in phospholipid form. When combined with proper diet and exercise, krill oil is effective at lowering the body’s production of bad low-density lipoprotein and triglycerides. It can also increase good HDL cholesterol.

The Health Advantages of Krill Oil

There are plenty of benefits to krill oil. Sometimes krill oil supplements are marketed as a superior omega-3 supplement. The science-based benefits of krill are mentioned below.

Omega-3 fatty acids, DHA, and EPA are considered best for heart health. In research, it has been found that krill oil is effective at improving blood lipids, unlike other fish oils. But a number of other studies say that krill oil is good for lowering triglyceride and other blood fat levels.

Krill oil can raise the “good” (high-density lipoprotein) HDL cholesterol and lower the bad LDL cholesterol. Additionally, it can reduce the risk of heart disease. Studies show that pure omega-3 fatty acids can prevent heart diseases and keep them healthy.

Lower Back Arthritis and Joint Pain

Another health benefit of Krill oil is reducing arthritis and joint pain. Many studies show that krill oil is significantly effective for reducing joint stiffness, functional impairment, and rheumatoid or osteoarthritis pain.

One study concludes that taking krill oil supplements for 30 days reduces pain in the participants while working or sleeping. Krill oil has the potential to improve arthritis pain, reduce swelling and inflammatory effects in joints and increase the range of motion.

You might be taking Omega-3 enriched foods and supplements, but have you ever tried Krill Oil for Inflammation? Krill oil has anti-inflammatory effects. It performs an important anti-inflammatory function in the body. It is one of the most effective of any other marine omega-3 sources.

Additionally, krill comprises an antioxidant called astaxanthin that leaves anti-inflammatory and antioxidant effects on the body. More studies and investigations are needed into krill oil and inflammation for potential benefits.

A Source of Healthy Fats

Krill is a good source of healthy fats. The fats found in krill oil can be easily absorbed by the body more easily than any other fish oil. In krill oil, most of the omega-3 is stored in the form of triglycerides.

On the other hand, a large portion of omega-3 fatty acids is found in the form of molecules called phospholipids. Phospholipids can easily be absorbed into the bloodstream. Krill oil is more bio available than other marine animal oils.

Generally, krill oil is known for decreasing inflammation and pain. Several studies, however, have found that krill oil can help reduce pain, cramps, and the symptoms of premenstrual syndrome in some cases.

One study compares the results of krill oil and fish oil in women with PSM symptoms. In the end, it is concluded that both the oils help to improve the premenstrual symptoms, but the women taking krill oil experience fewer pain and cramps.

It is simple and convenient.

Taking krill oil or a krill oil supplement is easy and convenient. You can easily add oil to your daily routine. It is widely available at online stores and pharmacies. The krill oil capsules are the most convenient form of a supplement compared to others. The cost of krill oil supplements is also affordable. However, you have to follow the instructions and take the ideal dosage to avoid negative effects on your body.

The use of Krill oil is rapidly growing as an effective alternative to fish oil. This oil offers unique benefits to the user. The properties include smaller dosages, fewer side effects, antioxidant effects, and sustainable sourcing, which makes it different from others.

To answer your question, what are the Krill oil benefits, we have created this blog that probably contains the superior benefits of krill oil. However, as fat the studies suggest, this oil is enriched in omega-3 fatty acids and it delivers scientifically proven benefits.

Hi, Myself Robert Dowling and I am one who created HonestProReview and currently working as a Chief Content Editor. At this website, I focus on informative content and product reviews related to general health and wellness such as neuropathic pain, joint relief, cognitive health, and much more.